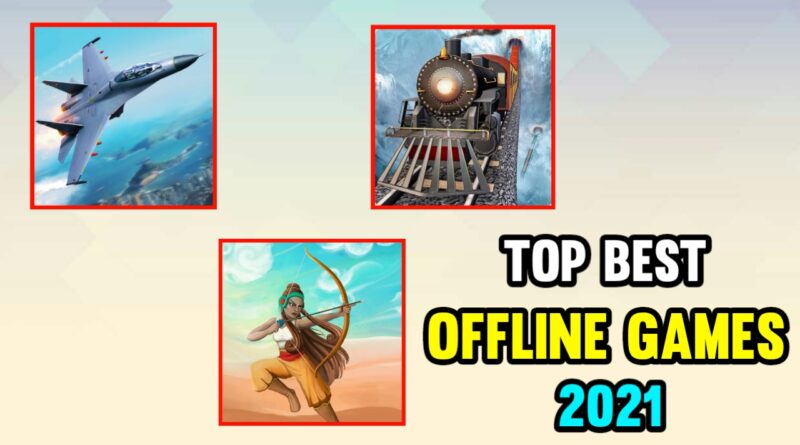 Most games require an internet connection these days. So what are you supposed to do if the internet goes out. Well you don’t got to worry about that because we work hard for you.

Today’s list at number 14 we have the last adventurer. This one’s a first person shooter game. Where you play as a lonely adventurer. And your mission is to survive in the post-apocalyptic world. A huge plus for me for this game was that it has a good storyline. Which makes the game even more interesting and you want to keep going back and playing it more. Your main goal in the game other than surviving is to explore the map and collect weapons. Which you’ll use to kill the zombies you gotta walk through different areas that are like forests, canyons, mountains, rivers, cities. All while trying to find your sense of belonging in this big post-apocalyptic world. So when i played this game, I found it very different from other ones because it actually does have a good story, good graphics. And you get a chance to visit different types of beautiful places. So starting off strong here with the last adventurer.

Number 13 train simulator uphill drive. Train sim is one of the most popular train simulator games on android. Because it’s got more than 5 million downloads already. As a player you have access to 10 different trains. The game features a day and night mode of 15 levels of breath taking simulation. And three themes including hills, desert and city. They got level after level of gameplay that becomes harder and harder the further you go. So it really does give you a sense of purpose when you’re playing it to try and fight on through and beat the game. So if you’re a big sim fan and you like trains. This one’s definitely for you.

Number 12 ponami, if you’re a platformer gamer then you should definitely try this one out. It’s an action platformer game. Where you play the role of a 19 year old girl, who leaves your village searching for answers about evil. In the game you have to fight evil enemies using your favourite weapon. Which is a bow the game features six worlds spread out across eight stages to be explored with one big boss. In each world, one secret temple and unique items in every region. Overall it’s a good game with some decent controls.

On number 11 race rocket arena car extreme. This one’s a burning cocktail of survival races, where you have to get behind the wheel of a super-sized car in rocket arena car extreme. Your monster car accelerates automatically. So all you gotta worry about is steering and using nitro or special attacks at strategic times to win. So this game has tons of circuits, full of tight turns. where you can show off your driving skills or explode in the side of a wall. Whichever you choose overall it’s a good game really helpful. When you’re bored plus, it’s offline. So you can play it literally anywhere.

At number 10 endings. This one’s a unique peaceful black and white atmospheric game with a feeling of wonder and awe. So yes it is black and white and all the action takes place in a black and white world. Depicting the border between the world of the living and dead in the mind of a little girl. So it is a platformer game, in which you gotta pass through obstacles in the little girl’s nightmares and avoid monsters. So each level has puzzles that you need to solve. If you want to pass in total. There’s 23 levels and 40 tasks during the game. The original mystical plot is revealed and the soundtrack also supports corresponding atmosphere. So it really does kind of suck you in if you like playing games with headphones on this one will really pull you.

In number 9 sky gamblers infinite jets. This one’s actually a sequel to sky gambler’s air supremacy and sky gambler’s storm raids. So this one has been out on ios for a little while but now they have actually released it on android as well. So as you may have guessed in infinite jets, you take the wheel of your very own fighter jet. Which you use to fight for glory across massive aerial arenas high above a variety of meticulously created real world cities. So there’s two multiplayer modes. Team death match 7v7 and pve mode. The game also features a single player campaign mode with a storyline that will have you flying through iconic locations across the globe. Now this is a pay-to-play one, so you can find it on the google play store for four dollars and ninety-nine cents.

Number 8 Lewis, the game this one’s a bit unusual. It’s a relaxing adventure game but it was launched by the fashion brand Louis Vuitton to mark their 200th anniversary. The main character you control in the game is Vivian. The brand’s mascot and you can explore beautiful landscapes in the game. You have to collect the most candles and search for chests. Where you’ll find the key to unlock new locations. The game also offers two modes. Story mode, where you have to read the postcard as you progress. The second at time trial, where you have to collect all the candles as soon as possible. You can also choose a different mascot for free. Overall it’s a pretty fun game. Especially considering the developer was a fashion brand. Where you can just relax and enjoy yourself. The controls are average as you’d expect.

So if you’re a puzzle nerd, then this one is definitely going to be up your alley as well in this one you got to shift tiles. In each puzzle to make it to your goal basically. There’s a path you need to follow but once you hit a dead end you gotta figure out, how to create a connection to your path by flipping surrounding tiles. Some puzzles take a good bit of trial and error. But this is what makes the game so enjoyable. It really sucks you in the fact, you won’t breeze through this one in one sitting. Does make it more exciting as well and something you can enjoy for longer periods of time. You can expect in around 8 hours of gameplay. Spread across the 35 levels. There’s also no ads or timer. So this game is one that can actually really help you relax and clear your mind and focus on an outward puzzle. Instead of the ones inside our own heads.

Number six off-road pro clash of four by four. So this one’s another racing sim and in it. You have to drive different types of vehicles on off-road terrains. The game offers two different modes the first is the offline mode. Where we’re talking about today, where you can complete different types of quests and deliveries. Which are available at different locations on the map. Now the second time is online mode. And it’s always great to have that option as well you can play this one online with up to eight players. Also the game features a large open world variety of cars and customization options. Overall it’s a really good simulator game with great graphics.

This one’s an atmospheric paper plane flight adventure through life. In the game you master a unique flight mechanic as you travel through an ever-changing landscape towards your destination. You have to go through all these different stages and each one has their own challenge. It takes smart choices and split-second decisions to reach further in the game. Overall I found life slide to be very zen-like and beautiful visuals and the soundtrack is amazing. And it just doesn’t seem to last long enough.

Number four my friend pedro and yeah i read in the comments before i don’t mean my personal friend pedro. This side scroller is a violent ballet about friendship imagination and one man’s struggle to obliterate. Anyone in his path at the behest of a sentient banana. It features 37 action-packed levels that you’ll travel through by foot on motorbike. And occasionally a skateboard regardless of your method of transport. You will acrobatically gun down, numerous enemies in stylish slow motion. My friend pedro is a great game and there are two reasons to play. It number one uniqueness and number two there’s a talking banana. Who tells you to kill bad guys with guns.

My time at porsche

Number three my time at Porsche. So after a very long wait my time at porsche is finally officially released on the play store and the app store. If you’re not familiar this is an indie farming and crafting open world game. Where you can move and collect wood stone and other items to build and survive. Similar to story of seasons and animal crossing previously. it was famous on pc but now has many fans, who can play on mobile. This is a single player game, there is no multiplayer options. Whatsoever so if you’re a casual player looking for a farming sim with a bit of everything and relaxing graphics. This might just be the one for you.

Dark riddle 2 story mode as you might have guessed from the 2 in the name. This one is a sequel to dark riddle. This time the game has been transformed into a collection of small plot sketches of a pinch of mini games instead of a huge world. You gotta roll through the streets of the cities in various vehicles doing numerous tasks and looking for specific objects. Solving puzzles uncovering new secrets of a neighbour, who is suspicious in every respect and much more. So in short this is a stealth puzzle game. Whose premise gameplay and even graphics are similar to the popular game Hello neighbour.

It’s a single-player campaign, third-person shooter game. Where you play the role of a policeman in a scary environment. Your mission in the game is to find out, what happened to this mysterious place. The game has lots of creepy things and believe me it feels very horror to me. Within the game you have to find various types of clues find the way and fight with deadly creatures. Also you have limited number of bullets. So make sure you use every bullet wisely.