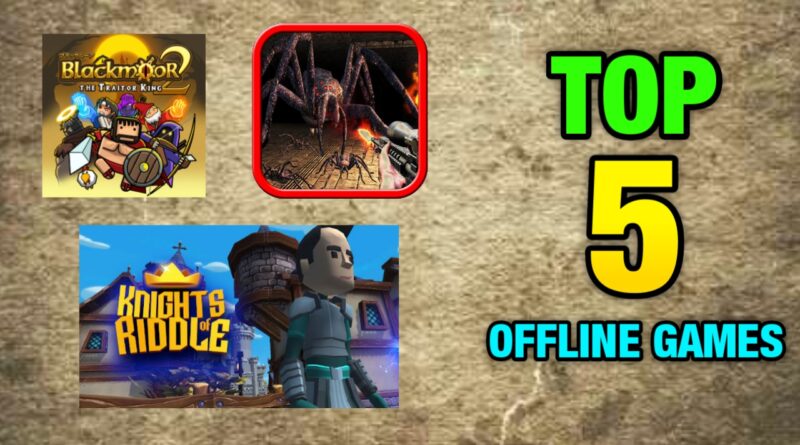 Fugal is an open world meditative bird flying game. Where you will fly across procedurally generated voxel trains that try to nail the wondrous feeling of flight. Using dual stick virtual controls to glide around and even attempt some flying stunts. It sounds very easy and relaxing but you will also have to avoid projectiles and other flying creatures who are coming at you. So it’s not without some excitement in the game. Your body will change according to the nearby animal. So you can enjoy all types of experience in the game. Overall it’s a great exploration game which is yet only available in beta mode.

Knights of riddle seems to follow along the same lines as Zelda or final fantasy. Bringing back the classic hack and slash style gameplay alongside colorful graphics and fanciful music. There are quests and puzzles as well as battles and storylines to experience also the game features simple controls. Which are easily understandable. Knights of riddle prides itself on being a gimmick-free experience meaning. There are no in app purchases or invasive adverts. Overall knights of riddle is a game worth playing for any one there are many surprises for you. Especially the game’s low size which makes it even more impressive.

An action adventure game where you play a rabbit who is wandering through a colorful cell shaded world filled with crystals to smash and cats to bash for some reason our rabbit hero has got some kind of blood feud with the felines and sets about dispatching them with nothing but a sword. And the ability to shoot plasma balls also. The game features a dynamic yet simple combat system. Where your finger movements give life to your character. Overall the game has cute graphics and great controls.

This is a fun fps indie which is some features of rpg games. Dungeon shooter lets you explore a dungeon like temple. Which is infected with monsters and strange creatures. Your objective is simple shoot them all as you move forward you will level up and collect equipment with many perks and utilities to help you throughout the game. The game is rich in content and has multiple game including pets artifacts runes and guns. Their reasonable combination will make battle fun and diverse.

2d arcade games were once very popular on the console. The kind where you control the character moving horizontally across the screen moving from left to right while defeating enemies. Well black more 2 is a perfect combination of old and new with a compelling storyline. It is an interesting arcade game of 4 fats. It is the next version of black more 1 quest dunbury. Overall black more 2 is a game worth playing for anybody. There are many surprises for you the enemies are strong and wise. So you have to find some good tactics to face the powerful bosses.

Three Two One Shoot Out

A fast-paced first-person shooting game. Where you will immerse yourself in thrilling and intense shootouts. You have to fight off hordes of intelligent enemies and destroy them all. The game features variety of weaponry in a game like pistols, shotguns, smg and more. The biggest point of the game is that you don’t have to buy any single gun. All the guns are mounted on the wall. So just go and exchange your favorite gun during the battle. The game has different types of the location. Where you will fight with your enemies. Overall it’s a decent game for those who are fans of offline fps games.

Input which released a brand new version of go rally that makes it work flawlessly on ios once again. The most notable thing about this release is the support for wider screen devices. Otherwise it’s basically the exact same game which is fine in go rally. You control a rally car from a top down perspective as you fly down the streets skid over gravel or even slide over ice. The whole game is about going fast of course but a lot of keeping your time low revolves around knowing and adjusting.

An action adventure game with elements of horror and rpg that takes place in the zone of alienation. The game has a linear storyline meaning that no matter what you do. It will not affect the game plot in the story the main character goes into this mysterious and dangerous place to find expensive artifacts to sell the money. He wants to spend on treatment of his seriously ill son. While travelling through the area your character will meet other people who are also wishing to find some unique pieces to steal. As well as many monsters with which to fight with using a wide arsenal of firearms.

This is a simulation game where you will go on a fishing adventure in an open world environment and drive your boat across various expedition destinations for discovering and collecting a plethora of beautiful fish. The game features over 50 types of fish which you can catch on the different maps. Also you can upgrade your boat and hire an assistant. Who regularly generates income for you in the game. The game has clean and colorful visuals that looks really relaxing.

First person pov horror game where you were to solve series of puzzles and use stealth in order to escape the house. When you start off the game all you really know is that you have been locked in and imprisoned by a one eyed monster. He hears every noise you make and you must be careful not to drop anything. Once he hears you he will run to where you are sneak up behind you and kill you like granny. The controls and graphics are quite nice and everything played fine. We didn’t find it overly scary but the atmosphere is creepy and it’s a fun play overall.