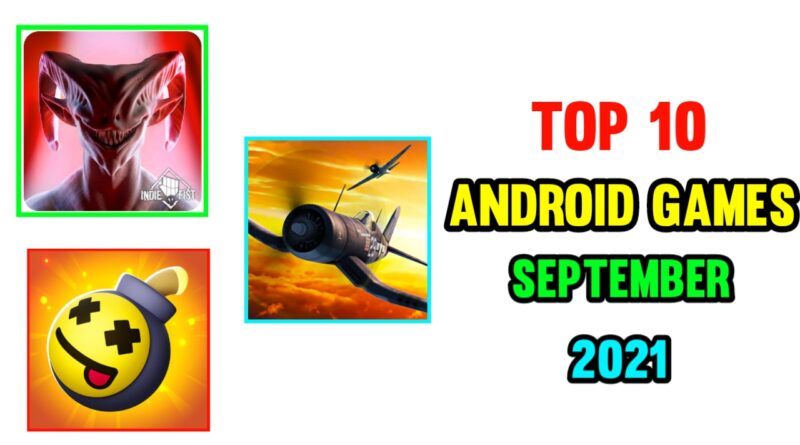 This winter months don’t worry, I haven’t forgotten about you. my southern hemisphere fam are known for many things sunshine barbecues camping. if you’re not into all that outdoorsy nonsense. sure, we do get our fair share of summer blockbuster movies but what about gaming. September is typically a little bit dull on the gaming front. but never fear my fellow gamers. we’ve scrounged together a list of the top 10 best mobile games for this month.

All right now getting to today’s countdown we’re going to kick off with number 10 happy zone. This one’s a classic twist on the battle royale genre. Presenting the action from a mobile-friendly. It’s also a bit smaller than most battle royale games. Players drop into a person battle, most matches take between three or four minutes. Otherwise it’s fairly standard battle royal experience and that’s it no complicated lobbies or menus. You find stuff, you use the stuff to kill your opponents and you try to be the last player standing. There’s also character upgrades the standard shrinking area mechanic more graphically. Happy zone offers decent 3d visuals and the controls are pretty simple.

A number 9 steel wings do you want the adrenaline rush. when flying on a aero plane. You can try them in a game titled steel wings. Instead of actually you known getting behind the wheel of a plane. The game allows you to become a pilot of a warplane with great 3d graphics. While the game boasts a single player campaign. It’s in the multiplayer that this game really shines in both campaigns. You’ll be taken on enemy aircrafts and battle stations. When engaging in a dogfight, a square target will assist in ripping through the defense of a rival air fighter. All in all the game offers a rich air simulation experience and I had a lot of fun with it.

Number 8 nightmare gate this one’s an atmospheric dark and sometimes painfully scary horror game. Where you feel like a direct participant in what’s going on in a first person perspective. So the squeamish of you maybe pass on this one high quality visual design, interesting story lines and unforgettable gaming experiences. A wait you if you’re brave enough in nightmare gate, you’ll meet a little boy named will and his sister who has been kidnapped by demons. Now you gotta help the brave boy to save his sister and find a way out of this nightmare. Explore the colorful world of demons solve various puzzles and collect useful items along the way to get out of the nightmare.

Bot world adventure, this one’s an epic open world rpg beautiful and varied world. Which you can explore as you venture out to collect rare scrap and discover some new bots. You can choose from four different characters each of them have unique special powers. You can explore freely the many lush forests and arid deserts. But make sure you have a strong team of bots because you never know what’s around the corner. Enter new environments meet a variety of characters, collect rare treasures and uncover the many secrets hidden in bot world.

collect bits this is an action platformer game. Where you’ll play as the main character charo. The cleaner and his brave partner robot Lucius together. You set out on a journey to collect bits from all over the world. You have to fight with various robots that’ll block your path. The game is set in a beautiful and quirky world with refreshing breezy meadows snowy fields. Rainy mechanical towns, you can even revisit your favorite locations. Once you’ve cleared the stages, so overall it’s a decent offline game with good graphics and some easy controls.

This is a mmorpg set in a universe called kabbalah. Something strange is happening in this utopian world and it’s up to you to protect the innocent civilians. Who was being attacked by the evil forces. After designing your character’s, appearance. You can start exploring this open world with more surprises than meets. The eye you can switch multiple classes freely and enjoy the fun of fighting. Also the game features lots of quests and missions. Which you can complete and earn the reward. Overall it has outstanding graphics and gripping backstory, where you will discover your character’s magical abilities.

Max shooting this is an online multiplayer shooter game. Where you can team up in combat with real opponents from around the world. The game features two different modes. Team death match, where you have to kill as many enemies as possible to earn points. Base defense mode, where you destroy the enemy base before they destroy yours. The game also offers many interactive levels, lots of customizable weapons and special equipment. Besides that you can use the vehicles like tanks and artillery to destroy your opponents. Overall it’s a great game with great graphics and I think you should try it out.

A number three crash drive 3, this one’s crazy open world stunt and race game. Where you can race friends in monster trucks, tanks and other ridiculous vehicles. There are tank battles 10 person competitive multiplayer in game events. You can also completely customize your race car and drive around searching for secrets or hidden discoveries. It’s a game that emphasizes the silliness of its premise with the types of vehicles. You can drive including monster trucks and tanks. You can use these in different online and single player modes. Where you level up as you participate in these events to unlock new cars.

we got a bonus game today too let’s move on to tiny hunters. This is an amazing game, where the player’s task is to kill a raid boss together with two other players. The locations are two-dimensional and have relatively complex terrain. Also the scenery and monsters change from level to level. The boss is represented by a large disc and can’t reach hunters in the folds of the train. The hunters throw spears of the boss in their turn in addition to spears. You can use harpoons and bombs. but if you decide to hurt some bombs be careful.

Number two secret neighbor, this is an asymmetrical multiplayer horror game. Seemingly inspired by tittle such a dead by daylight unlike many of these types of games. Secret neighbor allows the killer or in this case. The titular neighbor to disguise as a child and gain the trust of the other players as well as being family friendly. The game becomes a murder mystery type of game. Where you try and figure out who the neighbor is as a group. You try and gain the trust of everyone. The neighbor should wait until a player is alone before trying to capture them. Definitely recommending picking this once up if you’re interested in some friendship running fun.

Finally a number one marvel future revolution. today not on any world kill them. This one’s a triple a quality open world mmorpg that promises an original storyline that begins with the creation of the primary earth. After numerous earths in the multiverse converging. You’ll play as an agent working for the newly created omega flight. Superhero team working to protect primary earth from dangerous threats. There’s eight marvel characters to choose from at launch. In addition marvel future revolution will include a bunch of game modes for players to enjoy. You can expect boss raids, 10 vs 10 matches, special operations and lots more. The game is set to be released globally in September.