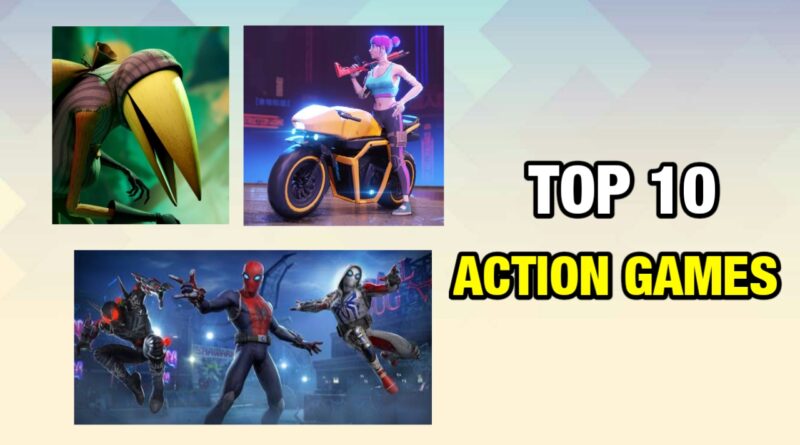 My Hero Academy The strongest hero

It’s a spectacular role-playing game that submerges you in this popular manga from shonen jump. The game was truly everything. I expected from a mobile action rpg not only did it capture the unique abilities from each hero. Their back stories from the anime. The incredible graphics visuals the fast paced combat and the beautifully animated skills. The game just felt very fun to play. The game’s progression is very similar to games like han kai, impact 3rd or punishing grey raven. I love the fact, they’re made this an open world. Where you can see other players which makes the game feel engaging and populated.

This is an open world rpg game with some feel of cyberpunk. The game has a vibrant city filled with pedestrians. And traffic where you can use your car to explore many various districts of the city. The game has lots of quests like clear the gangs and mark the radioactive area and more also in one lobby up to 8 players play online. Complete their task and fight each other. Overall the game has high cyberpunk style graphics which seems good and controls are decent.

This is a stealth horror game where you’re being stalked by a mysterious creature as you try to track down Peterson the neighbor who has disappeared after the events of the first game. Play against an advanced self earning ai that tracks and adapts to every move. The game has an open world where you can explore the raven brooks there are no limitations and players can go anywhere from the beginning of the game. The ai protects his house where the player is trying to break in and stalks a player when out in the open world. overall it’s a great free game and you should try this game.

This is an idol card game with the super hero theme where you will enjoy the game with marvelous superhero. Graphic battle scenes and start your idol hero collection in the future world. The game heroes and characters are based on american comic style which seems pretty good. The smooth gameplay and idol system of the game is really good. There are hundreds of heroes and guardians with divers skills and factions to choose from you can develop your idol heroes switch their position and combine strategies to secure victory and even challenge the darkness in another world. it’s a nice relaxing placement game where you will enjoy watching your team that how that defeats the enemies in the game you can equip different gear and upgrade your hero’s ability and skills in addition to the main story line there are many ways to play. Star trek star wanted time travel and more. The game is rich in content also you can participate in pvp match where you can fight with other players teams in arena matches. Overall if you’re a fan of super heroes then you should checkout this game.

It’s a fantasy game setup revolving around the second generation of avengers and their fight with the modern version of legendary marvel villains. Marvel realm of champions features a huge roster of marvel characters but instead of the one on one fighting of contest of champions. It would feature moba style team battling. Besides the game has two game modes the stronghold where you team up with other players to fight the ai controlled opponents and the other mode is arena conquest pvp where you team up with other online players to compete with another online team.

This is a brand new open world mmorpg. Which brings another world to life with its pc level graphics and a revolutionary game engine providing a completely immersive game experience. The game has thrilling battles and challenging strategic team dungeons and assorted class skill combinations. You can even show off your individuality with highly customizable character faces and costumes. You can also catch and train pets. And mounts go fishing and cook delicious meals. if you want to stay entertained outside of the battlefield.

This Chinese mmorpg is, one for those who enjoy the mega fantasy style with lots of color. Beyond just good color matsertopia has an amazing storyline. And some pretty solid audio and visuals throughout. Though the game still runs fast and the navigation system leads us to do pretty much everything that. We have to do it’s a level upstart. But there are also many activities for players to join in on think of mastertopia as a quality mobile game. Speaking about graphics mastertopia is top notch and one of my personal favorites.

This is an action rpg with mmorpg elements that stays very true to the anime on which it’s based on the popular anime my hero academia storyline revolves around the first season of the tv show. The game was truly everything I expected from a mobile action rpg not only did it capture the unique abilities of each hero along with their back stories. The incredible graphics fast paced combat and beautifully animated skills make this game very fun to play. The game’s progression is similar to games like han kai impact 3rd or punishing grey raven. I love the fact that they have made this an open world where you can see other players which makes the game feel much more engaging and populated.

This is a hybrid game that allows for both mmorpg and battle royal fans to enjoy a top down hack and slasher. The game offers the flexibility for players to play a traditional open world mmorpg with quests bosses dungeons pvp leveling up and more. However there’s a completely separate battle royale can enter to fight other players and try to be the last one standing. The biggest con of a3 is that it’s an auto battle idle system and the monetization model is pretty offensive but beyond that it’s definitely one of the more polished mmorpgs on mobile that o have ever played with beautiful graphics immersive cut scenes and responsive controls.

If you are a fan of tales of the wind then you want to stick around for this game. It’s an mmorpg with an anime backgrounds and tons of play options. It has really good pvp pve trading and auction systems and lots different dungeons. You choose from six classes with each having the choice of gender and after reaching level 50 you’re able to switch classes to any other ones totally freely the game has a fairly diverse storyline and many daily quests from killing world bosses. Overall it’s a great game especially if you enjoy cute anime looking characters