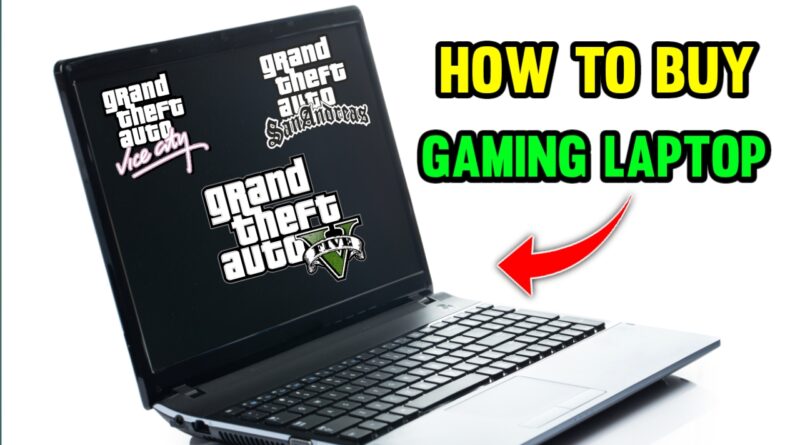 Hello Guys in this blog post we are going to see about how to buy gaming laptop and what are the important steps while buying a gaming laptop? Let’s get started.

Which Graphics Card is Best?

When it came to gaming laptops, Nvidia’s naming mechanism or naming pattern was pretty easy to follow right. Like a gtx 1060 laptop was good and then a gtx 1070 laptop was better and then a gtx 1080 laptop. Would theoretically be the best right and there’s obviously variance between the three different classes based on the manufacturer. But a consumer would be able to identify, which one should be good better, best. Pretty clearly it is not the case anymore. There’s a couple reasons I will get into it briefly but at this point with the new rtx 30 series. You can have rtx 3060 laptops that can match or possibly outperform rtx 3070 laptops. The reason being is because of wattage at this point nvidia doesn’t require the manufacturers or label their GPUs. You know a max-q variant or max p variant into that GPU and that heavily effects like really heavily affects the performance. You get on those devices. So you can have an rtx 30.

Why everyone choose RTX

Let’s say you have an rtx 3070 and when you apply an 85 watts into that rtx 3070 and you have another device. That’s an awesome rtx 3070 and you apply. I don’t know 125, 130 watts into it the performance is vastly different. But from the consumer side, you have no idea what’s going on. You could just see this device that has an rtx 3070. So you have to rely heavily on publications or YouTube videos to discover the actual performance of these devices. Now traditionally but you just need to way more. This year than any other year before now the knee-jerk reaction to this is right.

Some insidious plan from nvidia to just rip people off and there might be like an element of marketing. Like it does benefit certain manufacturers. They can kind of hide their weaker thermal systems behind this new naming mechanism. But there are some companies that would benefit from this. If you’re a manufacturer, who consistently puts in high wattage GPUs. Now you can flex that a little bit harder. I do think that there is a real reason like an engineering reason as to why this has happened? So every couple of years, When nvidia comes out with a new family of graphics chips. The wattage increases ever.

So slightly but it just keeps going up right and if you look at the size of like desktop GPUs. If you look at the size of like the 900 series to the 10 series. The 20 series 30 series, they’ve just gotten thicker and thicker to the point. Now we have like two inch thick triple slot GPUs that are like founders editions from nvidia. It’s crazy. They’ve gotten way more energy consumptive and also there’s tools and mechanisms. That you need to get rid of that heat desktops can deal with that relatively easily right. You can just throw in some fans. You can do some stuff to make it better laptops. They don’t have that option, we can’t make these things bigger or not. We but people can’t make these things bigger and if you look at the ac adapters.

It’s not like the ac adapters on these devices on gaming laptops. We’ve gotten bigger. If you look at razer do it. I do have a razor here. Their ac adapter has been the same size. It’s been 180 watts or 200 watts. I forget the exact number but it’s the same ac adapter for years. At this point because they don’t, they can’t change it right. You can’t have a 300 watt gaming laptop. This size you just can’t do it, So I think the thermal constraints or the thermal limitations of building a laptop has almost required this weird shift in. How gaming laptop GPUs have to be named like there’s no real easy solution to this. The only real way that it can see this being fixed and being really clear to consumers is, if they completely dump the whole. Naming system of using the same name as the desktop chip for laptops.

They shouldn’t do it. It just makes it, really unclear to the consumer like if you’re uninformed. You might think an rtx 3080 desktop GPU performs like a 3080 laptop. Because we’re informed but for a lot of people. They don’t know that and I think that naming mechanism has become more difficult to adopt as time goes by. So it needs to be changed. But this new system, like we’re seeing with the new 30 series laptops. It’s super confusing and I have to say as a reviewer it makes it difficult. Like now I have to have to inform my audience, So I think you have to be aware of the wattage of every single GPUs that’s used in these devices.

Before conclude this topic buying a gaming laptop is not that much risky. But we need to analysis more about that before buying as. We are going to spend our money in that. So we need to be very careful. Hope you guys have got some knowledge about this topic. If you like this content make sure to follow up our websites for a more useful contents in future.