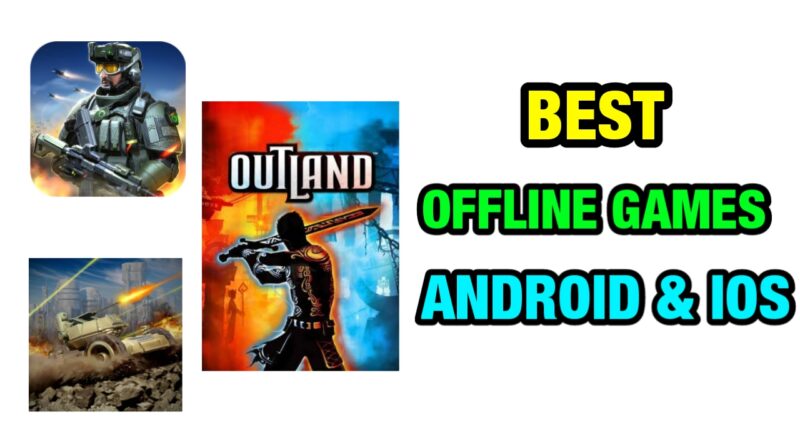 What is up gamers welcome to another games review just for you. we know there’s lots of different types of gamers and we like to make sure we cover all the different areas. today we’re going to be taking a look at 8 of the best new offline games that you probably don’t have on your device yet. so get your device ready open up the app or google play store and get ready to search.

Assault bots, if you like war in modern combat especially in game form. Then you’re definitely gonna like this game. Assault bots is a multiplayer shooter game but it has an offline mode. Where you can play against bots in single player. The game features lots of maps with multiple game modes including capture the flag conquest, team death match and more. You can customize your robot vehicle and play against other players in this third person perspective. You can customize even to the point of choosing between wheels, mech legs or helicopter blades or wings and air combat. Overall iI really enjoyed offline mode on this game and the graphics are super.

This is an open zombie survival game, where you have to survive in a post-apocalyptic world and your job is to gather all their resources and explore the island on it. You fight with some zombies and loot the areas. Which are captured by the zombies in my opinion this one is an alternate to the pc game unturned. And the game seems to be pretty straightforward take on minecraft. The visuals are similar in the game’s mix of exploration crafting and survival all ties in with that assessment.

This one’s a 2d hard core speed runner platformer game with precise movements and responsive controls in it. You have to pass 18 challenging levels that get progressively harder as you go on. You also have to avoid as many enemies as you can and all the dangerous traps. Overall the game has modern pixel art graphics with fluid animations and soul’s light difficulty. The speed run timer it sparks competition and is perfect for those who want a real challenge.

Number 12 war strike, this is an offline first person shooter game. Where you play the role of a commander who’s on the mission of destroying all the terrorist groups and mafia bosses in a city in the game. You are completely alone and have to fight the enemies as a one-man army. Talking about the gameplay, I really like it. You can fight with enemies destroy helicopters, defuse bombs and much more. There’s a lot of weapon options like machine guns, assault rifles and more as well. The game’s got a total of three chapters and each one of them has several missions. If we talk about graphics then, I say they’re very good and I was impressed I think you should definitely try this one.

Reoc this is an open world rpg game. Where you take on the role of a general of a small city-state called aryosia. And turn it into one of the most powerful cities to ever be built. Now I found this game to be quite a bit different from the others. Because you have to take full control of your city and the surrounding area. But along with that you also have the responsibility of protecting your city from thieves and other enemies. So you build higher walls in a castle in order to defend your city and with your growing power. You can actually go out and conquer more lands from your neighbors. I think it’s a great game, that’s got some good graphics.

If you feel that plane running games are just too dull i’d say try this. Title it’s a trained game with a lot of action. It has a rating of 4.2 on the google play store. So it’s got some pretty good traction here. The game looks to be highly inspired by subway surfers but in the opposite way the boy is replaced by a train and trains are replaced by passengers. Also the game is divided into levels in severe delays. Your task is to collect the coins and passengers and cross the final platform to qualify for the next level. While avoiding obstacles all in all. I found it was a fun game with good graphics and smooth controls.

Number nine slender the arrival blue isle studios has just released its first person survivor horror cult hit slender the arrival to mobile devices. If you’re not familiar with the game, its atmosphere has been designed to give players a perfect blend of tension and paranoia. You’ll find yourself in the dark and menacing world of sensory deprivation and witness a horrifying story filled with haunting visions and audio cues. That are bound to give you the jitters. I found it’s a really fun game that has some great graphics but is just a bit too short. I also find it leans a bit too heavily on the jump scare mechanics but they’re always fun anyway.

This one’s a drag racing game from the developers of top speed and moto rider go. So based on the name of the game, you can probably guess that in game you drive a variety of hot rod cars in it. You have to prove yourself superior to all the other opponents out there in the city. In addition you buy new cars, add some upgrades and then race them. It features a campaign mode with plenty different races. You’ll also be able to do online racing against other people. If you want to there’s plenty of cars to collect. Graphics are actually pretty good it’s a good time killer in the racing game genre.